Turn on VH1 on any given night and you will find the cable channel knee deep in the hoopla of ’70s and ’80s nostalgia.

Among VH1’s retro programming, there’s the music video redux of “The Big ’80s” and the torturous (but enjoyable) reliving of “American Bandstand” reruns from both decades. Not to mention Rhino’s companion CD of “Big ’80s” hits.

“I’m afraid to watch those shows,” he said recently. “I don’t want to see what I looked like then. It’s like looking at home movies.”

Blondie’s 1981 No. 1 “Rapture” appears on Rhino’s “Big ’80s” disc and the video is played today as much as it was 15 years ago. And “The Best of American Bandstand” has shown Blondie’s 1978 appearance with the band lip-syncing “Heart of Glass.” Infante saw never the original footage, but he does remember that day.

“Of course, Dick Clark interviews Deborah (Harry) on the air, because she’s the lead singer and everyone knows who she is,” Infante said. “But then he decided to ask me a question. I think it was, ‘Have you written any songs on this album (‘Plastic Letters’)?’ and I said, ‘I Know But I Don’t Know.’ But I don’t think it clicked with him that that was the song title. Instead, he probably thought I was being goofy or something.”

Infante said he can understand young America’s fixation with that era.

“There are always going to be kids who missed out on it and want to see what it’s all about,” he said. “It seems like the whole world of rock is getting back together because of that. Even the Sex Pistols.”

Blondie scaled the pop heights (peaking in 1981) and quickly faded from view, marred by infighting and power-grabbing.

Infante said Blondie never officially broke up, “we just stopped playing live. We’re still signed to a partnership agreement. To get back together, it wouldn’t be that hard.”

There have been overtures to reunite the band, but nothing has panned out, Infante said. Harry, meanwhile, has been performing with backing tapes while she looks for a new band.

“We could probably do a record and not see each other,” Infante said. “Sometimes friction is good for creativity.”

Blondie’s falling out had “nothing to do with business,” he said. “There was no definite thing. It was an up and down thing. One day you would be the bad guy and the next day someone else would be the bad guy. There was some definite friction there. But we played on and created some great songs. If everything had been lovey-dovey, the music might have been different.”

Infante said he sees bassist Nigel Harrison and drummer Clem Burke from time to time. He even worked with Burke on a track for the band Whatever.

“As for me, I’ve been producing, here and there,” he said. “I’ve been working with a band called Jiff out of San Francisco. It’s an interesting project. They’re totally unaffected by the music business. They’re just college kids who want to make great music.

“I also work in my studio, doing my own stuff, putting songs down on tape. From there, we’ll see what happens.” 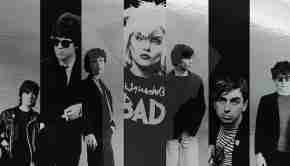