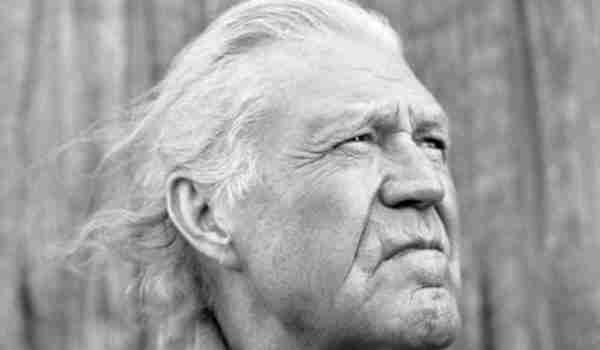 Nothing has come easy for Billy Joe Shaver. He was raised by his grandmother in a small, poor Texas town. Before peddling his songs in Nashville, he worked a variety of odd jobs, including at a sawmill, where he lost four fingers on his right hand in an accident. He also broke his back when he was in his 20s.

Along the way, he became a respected songwriter on Music Row. Four of his songs have topped the country charts by other artists: “Ride Me Down Easy” (Bobby Bare); “I Couldn’t Be Me Without You” (Johnny Rodriguez); “Just Because You Asked Me To” (Waylon Jennings), and “Old Chunk of Coal” (John Anderson). Elvis Presley, Bob Dylan, Willie Nelson, Johnny Cash, Jerry Lee Lewis and Trisha Yearwood have all done Shaver songs.

“I don’t get CMA Awards or Grammys,” Shaver said recently. “These things here, when people like that do my songs, that means so much to me. That keeps me going. You can’t buy those things. You can’t go out and politic for it. You get those by doing quality work.”

And then there was Kris Kristofferson.

“Everybody considered me a songwriter until Kris Kristofferson did ‘Good Christian Soldier’ on his ‘Silver Tongued Devil and I’ album (in 1971),” Shaver said. “He came up to me and said, ‘Billy, you’re so great. I feel like there’s a big ax over the top of my head and if I don’t help you, it’s going to fall on me.’ I said, ‘Well, gosh, Kris, I’m sorry.’ He said, ‘Don’t be sorry, just get out of the way and let me do this.’ He went and borrowed money and put me in the studio and produced my first album, ‘Old Five and Dimers Like Me,’ and this was even before his own first album came out, so he was sticking his neck out for me.

“He’s such a generous, unselfish guy. A lot of people don’t know that. A lot of people think he’s tough and hard to deal with, but that’s not true. He’s a big-hearted guy and I guess he has to watch it because he’d give the shirt right off his back. He’s a real good fella and so smart.”

Others wanted to help Shaver too. Jennings used 10 Shaver-penned songs for his 1973 breakthrough album, “Honky Tonk Heroes,” considered by many as the album that ushered in the outlaw movement.

“I couldn’t say any one person instigated that, because nobody did it on purpose,” Shaver said. “We went with what we had and did it. I’ll say this much, Kris Kristofferson had a lot to do with it because of his appearance. We all – me, Willie, Waylon, Kris, David Allan Coe – came into town wearing Levis and Wranglers and there were places in Nashville that would not let you in with blue jeans on. We continued to be who we were, in song and in person. That’s what changed; the sequins and slickness went out the window. People started writing about gut-wrenching things and stuff that was really going down.”

The album teams Shaver with his son, Eddy, who plays guitar.

“We had a reconciliation and we got closer with this album,” Shaver said. “It’s just a father and son thing that you beat to death sometimes. We’ve conquered that for quite a while because we started being friends and when you become friends, it becomes a whole lot easier. We got past that, and you have to when you’re going into a long stretch of road.”

“Victory” also helps Shaver cope with the illness of his longtime love, Brenda, who has liver cancer. The couple finally married on Aug. 16, Shaver’s birthday.

“She’s doing better now,” Shaver said. “She took her last chemo treatment for a while. She gets about two weeks off and then she goes back for four more. We’re hoping to get to that point where she doesn’t have to take them anymore and get it into remission.”

“If I Give My Soul,” in particular, is a gift to Brenda.

“A disc in my neck went bad,” Shaver said. “It was so bad I had to go into the V.A. hospital in Nashville and have it operated on. It really went bad when I was down in Texas somewhere; it got so bad I would cry and you just can’t make me cry otherwise.

“Brenda gave me a ride back to Nashville; she didn’t have to, she had a boyfriend back then, but she did it as a friend. On the way there, I wrote that song while she was driving … ‘If I give my soul to Jesus, would she take me back again?’ I had already given my soul to Jesus, of course. I was coming from a street-level thinking, because it helps me and other people too. Most of the stuff I do is like the cheapest form of psychiatry. It’s therapeutic. I usually do it to help myself.”

BWF (before we forget): Win with Shaver on the Web @ www.newwestrecords.com and www.bakernorthrop.com.