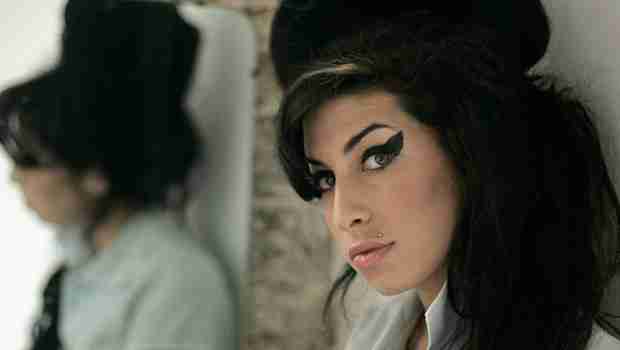 Amy Winehouse had such a promising future ahead of her: Her debut album, “Frank,” was nominated for the Mercury Prize in 2003, and her follow-up, “Back to Black” (2006), is arguably one of the best albums of the 21st century.

But just as quickly as her star rose, she was gone. Eight years ago, on July 23, she died of alcohol poisoning at age 27.

If she were alive today, just imagine how much more she could have accomplished. More albums. More hits. Make a movie or two. The world was hers.

Instead, we are left with just two studio albums, a live LP, three compilation albums, four EPs, 14 singles, three video albums and 14 music videos to remember her by.

The title alludes to one of her major influences: Frank Sinatra. When word got around London about this young, talented jazz standards singer with a big, bold voice, record company interest started to grow, with Island eventually winning the label war. Her debut album was a breath of fresh air for music fans clamoring for an alternative to cookie-cutter, reality-show stars. Critics loved the album, she won an Ivor Novello Award and was shortlisted for a Mercury Prize, and though it did not generate a hit single in her native U.K., it still sold more than 1 million copies.

Nothing could have prepared Winehouse for what came after releasing her second (and sadly, last) album. Backed by Sharon Jones’ band, The Dap-Kings, she turned her attention to the girl-group sounds of the 1950s and ’60s. Inspired by her rocky relationship with future husband Blake Fielder-Civil, her lyrics touched on heartbreak, infidelity and guilt. The first single, the autobiographical “Rehab,” had a mixture of retro and modern instrumentation, and featured playful references to “Ray” and “Mr. Hathaway” (two more of her influences, Ray Charles and Donny Hathaway). “Rehab” and the title track were worldwide smashes.

It was the biggest-selling album of 2007 in the U.K. (over 1.8 million) and sold more than 3 million in the U.S. At the 50th Grammy Awards in 2008, she went home with five awards, the most ever in one night by a British female singer. “Rehab” won Record the Year, Song of the Year and Best Female Pop Vocal Performance; “Back to Black” was selected Best Pop Vocal Album, and she beat out Taylor Swift for Best New Artist. (Ronson was a winner, too: Producer of the Year, Non Classical.)

Other highlights: “You Know I’m No Good,” “Tears Dry on Their Own,” “Love Is a Losing Game”

Released less than six months after her death, this posthumous compilation contained unreleased songs and demos selected by Mark Ronson, Salaam Remi and Winehouse’s family. It included her final studio recording, “Body and Soul,” with Tony Bennett, and her reggae-flavored version of “Our Day Will Come.”

A compilation of her live performances from 2004 to 2009. A deluxe box set edition features three DVDs, “Arena: Amy Winehouse – The Day She Came to Dingle,” “A Tribute to Amy Winehouse by Jools Holland” and “Amy Winehouse – BBC One Sessions Live at Porchester Hall.”

The soundtrack to the documentary film of the same name featured her best-known songs and some live tracks, as well as the original film score by Antônio Pinto. “Amy” went on to win the Grammy for Best Music Film.