Still think pop is a dirty word? Just have a talk with Amy Grant about the oft-maligned genre’s impact on listeners.

Sure, Grant knows her form of buoyant, feel-good music doesn’t have the edge or bite of something by Sheryl Crow or Jann Arden.

“I’ll be in the middle of listening to one of those CDs and I’ll think, ‘God, I’m the biggest Mickey Mouse-earred, bubblegum thing,’ ” Grant says with a hearty laugh. “But then I’ll go to rehearsal, I’ll be checking the lyric and put my CD on, and I’ll say, ‘Hey, no matter how you slice it, this is the type of music I like to make.’

“It’s an American tradition, and I love being a part of it. And I think there’s definitely a place for it.”

When Grant has doubts about her spot in the pop world (aside from the obvious: her last album, “Heart in Motion,” sold 4 million copies), she only needs to be reminded by a single, heartfelt letter from a fan. That’s when it hits her that she’s doing the right thing.

“I got a letter one time from a mother of a young girl who was abducted, and the little girl had been through a very traumatic experience,” Grant says. “The mom was saying ‘It’s been almost harder for me to deal with this’ than for the child.

“The girl had been picked up at a shopping center, and I don’t know what all was done to her, but when they found her walking down a highway later, the little girl said, ‘Momma, I kept singing …’ and she named one of my songs.

“I was weeping by the time I finished that letter. It killed me. And I wrote the little girl a note, ‘You know, I know it’s emotionally going to be a long road to recovery, but you’re right, you’re going to be okay.’ “

“I don’t want to understate it or overstate it,” Grant says, “but I think the album reflects the whole person. It covers the silly side of love, the more intense side of commitment. I don’t think it paints the perfect picture of life, but it emphasizes hope.

“The album touches all sorts of broad issues … even though it’s a pop record.”

Pop or not, Grant says she hasn’t exhausted her style “to the point of ‘done that, let’s move on.’ ” But 10 years from now, she envisions changing and drawing more from her cultural roots.

“I’m from Nashville,” she says. “I don’t think I would ever successfully do country music, but on this album I really enjoyed the inclusion of fiddle on ‘Children of the World’ and Jerry Douglas playing Dobro (guitar) on ‘The Power.’ That’s music from my part of the country.”

BWF (before we forget): “House of Love” spent one year on Billboard’s chart and sold more than 2 million copies. … Her follow-up, “Behind the Eyes,” was released Sept. 9, 1997, and cracked Billboard’s album Top 10. … Grant and husband-singer Gary Chapman ended their 17-year marriage in 1999. A year later, she married country star Vince Gill. 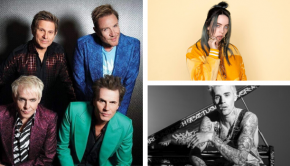