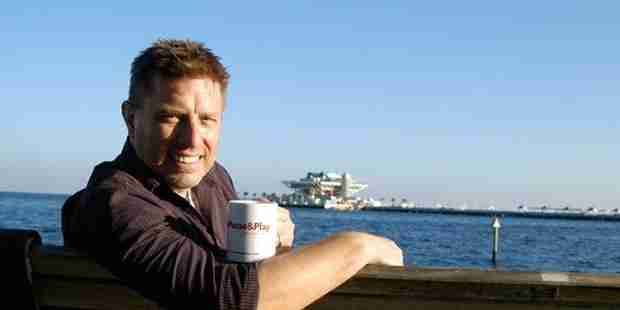 Pause & Play, owned and operated by Gerry Galipault, debuted online in October 1997 and since then has become the definitive source for CD and vinyl release dates — with a worldwide audience.

HOW DID YOU GET YOUR START?

Galipault: “I was originally a sports writer out of college (The Ohio State University). But music has always been my passion, dating back to when I was a preteen. I used to get up every Sunday morning and listen to Casey Kasem’s ‘American Top 40.’ I would write down the chart every week and make a little magazine out of it. Of course, it didn’t dawn on me that I would end up being a music writer and run a Web site.”

WHO WAS YOUR FIRST INTERVIEW?

Galipault: “Culture Club, in 1984. I was a sports writer at Pacific Stars & Stripes in Tokyo; it’s the daily newspaper for U.S. troops stationed overseas. The features editor needed someone to cover Culture Club’s press conference and I volunteered. I was immediately hooked. From there, I asked if I could write a weekly music column — and that led to being the music editor/entertainment editor.

“Living in Tokyo was a great experience, not only for being in a different culture but for covering music. I got to interview so many great artists and see so many shows.”

WHO WAS YOUR FAVORITE INTERVIEW?

Galipault: “My greatest coup was going to a James Brown press conference. At the time, his song ‘Living in America’ was in the Top 10.

“The press conference was boring, so I stood in the back. I noticed a man who looked like he was with Brown’s entourage. He turned out to be his manager. I said, ‘The Japanese press are asking stupid questions. Is there any chance I could get a few minutes with James alone?’ He said, ‘Who are you with?’ I said, ‘Stars & Stripes, the daily paper for the troops.’ His eyes lit up, and he said, ‘James always supports our troops. Come with me, I’ll take you up to his room.’

“About 15 minutes later, Brown arrived, and we ended up talking for 45 minutes. He was riveting, very accommodating and jovial. I let my guard down at one point and told him how much he meant to me growing up; my parents divorced when I was young and my father ended up getting custody of us, which was unusual in those days. He had this black woman named Mary Lou, God bless her, who would come to our house every day and clean things up and cook us dinner. During the day, she would take her AM radio from room to room and listen to this soul station in Columbus, Ohio. I was telling James about listening to his music and loving soul music in general because of her, and for a second, I couldn’t remember the station’s call letters or frequency. C’mon, I was interviewing James Brown; I was nervous. He blurted it right out, ‘WVKO, 1580! Great radio station!’ I was blown away that he could remember all that.

“Afterward, I committed a journalistic no-no — I asked him to sign my reporter’s notepad. He signed it, ‘James Brown ’85. God Bless.’ I don’t care — I have my James Brown autograph and I’m never parting with it!”

ANY OTHER FOND MEMORIES?:

Galipault: “Again, I go back to Tokyo, when I was with Stars & Stripes. Some 20 years ago, I was this bright-eyed, bushy-tailed music writer and my favorite contemporary at the time, and still to this day, was Robert Hilburn, Los Angeles Times’ pop critic. Out of the blue one day in 1989, he called me at the office. I was thinking, ‘Is this some kind of joke? Robert Hilburn’s calling me?!’ He said he was following Mick Jagger on tour and had a long layover in Tokyo and could I show him around the great nightspots in Tokyo. How cool was that? I got to take him to the Cavern Club, where a Japanese Beatles tribute band played every night, and to a cowboy bar and some other places. It was the thrill of a lifetime. And, in the end, he let me do a story on him. That’s a memory I’ll always treasure.”

WHEN DID YOU FIRST GO ONLINE?

Galipault: “When I moved back to my native Columbus, Ohio, in 1990, I started a music column on CompuServe, which was based in Columbus. It was all text, no photos. Not very many people had personal computers back then. I remember calling record-label publicists and asking them for interviews; I would tell them who I wrote for and they would say, ‘Compu what?’ You could tell there were a lot of fish-eyed stares. Nobody knew what online meant. To prove to them that I was actually writing about their artists, I would mail them printouts of the interviews.

“By the mid-1990s, the Web started to take off. In October 1997, I launched the Pause & Play Web site — originally, its emphasis was solely on my artist interviews. I didn’t shift the focus to CD-release dates until about five or six years ago. I had a small audience, but they were very appreciative of what the Web site had to offer.

“Over the years, word started to spread and Pause & Play finally took off.”

WHAT’S THE MOST POPULAR STORY AT P&P?

Galipault: “Definitely the 2001 interview I did with Blue Öyster Cult lead singer Eric Bloom, who talked about ‘Saturday Night Live’s’ spoof of the ‘(Don’t Fear) The Reaper’ recording sessions and the fictional cowbell-playing character Gene Frenkle. It still gets hundreds of hits a day. Go figure. Everyone wants more cowbell.”

WHAT LIES AHEAD IN THE FUTURE?

Galipault: “I’m not exactly sure, but we’re trying to adapt. People are buying fewer CDs, true, but there’s always love out there for music, in all its forms, be it CD, vinyl or MP3. We also include music books and DVDs on the lists, and there’s always a market for that, even during economic downturns.”

“Pause & Play: Saving the Music Business, One Click at a Time”