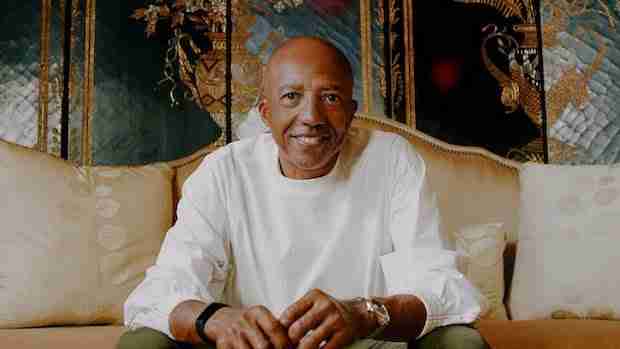 Do you see yourself managing all aspects of an artist’s music career? Does the idea of managing live venue performances excite you? Are you fond of bringing people and projects together to meet the professional goals of an artist or band? If you answered ‘yes’ to these questions, then working as a music manager might be the perfect career path for you.

As the name suggests, a music manager is someone responsible for handling different aspects of an artist’s career. As a music manager, you will work with record labels, assist with the logistics of recording, cultivate a fan base, review contracts, and many others.

Working as a music manager isn’t an easy feat, but some individuals made a name in the industry. We’ve listed some of the most iconic music managers to hopefully inspire you to follow their lead. Who knows, your name will be included in a list similar to this someday.

The list of managers in hip-hop will not be complete without Kevin Liles. How he succeeded in the music industry remains an inspiration for everyone. Kevin started as an unpaid intern at Def Jam (a Manhattan-based multinational record label owned by the Universal Music Group) and then climbed the ranks to become president of the record label in 1998.

Kevin worked as a music manager for seven years and served some of the world’s best hip-hop artists, such as Ludacris, Kanye West, and Jay-Z. He also founded KWL management, which signed record-breaking artists, namely Mike Posner and Big Sean.

What makes Kevin different from other music managers in the industry is that he aims to build a unique brand for different artists. Having this kind of goal helped artists under his wing to stand out from the competition.

Unless you’ve been living in a cave for years, you’ve probably heard of Scooter Braun. This man handles some of the biggest stars of today, such as Ariana Grande, Demi Lovato, Justin Bieber, and more. Aside from being a successful music manager, Scooter is also an entrepreneur. He founded Ithaca Ventures and Schoolboy Records and co-founded Mythos Studies, TQ Ventures, and RBMG Records.

Justin Bieber, one of Scooter’s clients, didn’t always have a great reputation in the eyes of the public, but Scooter was always present to help Justin during his teenage years. Scooter has also been making headlines because of his feud with Taylor Swift. But even with the bad-rep controversies, he remains one of the most successful music managers today.

Before Scooter became an established personality in the music industry, he was a college dropout and worked for Jermaine Dupri. Jermaine had a record label named, So So Def, where Scooter worked as the head of marketing. He started managing Justin Bieber and then went to work with other artists, such as The Wanted and Carly Rae Japsen after Justin’s career soared.

If you know Celine Dion, then you’ll know who Rene Angelil is. Rene was actually the driving force behind Celine Dion’s career and eventually became her husband.

During his first years as a music manager, Rene mortgaged his own house to fund Celine’s first album. After the album was released, Celine became one of the greatest musicians of all time. Celine won 5 Grammy Awards, 6 American Music Awards, 7 Billboard Music Awards, 12 World Music Awards, 20 Juno Awards, and 50 music awards during her music career.

Celine is also recognized as one of the world’s best-selling musicians, with more than 250 million records sold worldwide.

One of Celine’s most blockbuster hits is “My Heart Will Go On,” which she sang for “Titanic.” During her peak, Celine would perform 70 times a year and made $500,000 per performance. Rene was behind Celine as the artist attained all of these things during her career.

Brian Epstein made it to our list because he was the man behind the world’s best-selling act of all time — The Beatles. Brian was the band’s manager from 1962 until he died in 1967.

Unlike other music managers presented here, Brian was quite affluent. He was born in a family of wealthy retailers and started his career in the music industry when he worked at his family’s music shop. Even at such a young age, Brian had the potential to spot top talents.

Brian first met The Beatles in Liverpool when the band had this concert. Brian immediately took them on and overhauled their look, branding, and marketing strategies. The band became a household name within months.

Aside from The Beatles, Brian also discovered prominent names in the music industry, such as Cilla Black, Tommy Quickly, and Gerry and the Pacemakers. Brian died when he was just 32 years old due to a drug overdose.

Making it big as a music manager isn’t easy, especially when you’re new in the industry. The music industry is competitive, and you’ll likely see yourself overwhelmed on how you can start.

Take note of the stories of the music managers presented here and learn a thing or two from them. Their success didn’t happen overnight, so make sure that you’re ready to put in the hard work. As long as you’re consistent with your efforts, it won’t be long before you can have the same success as them!